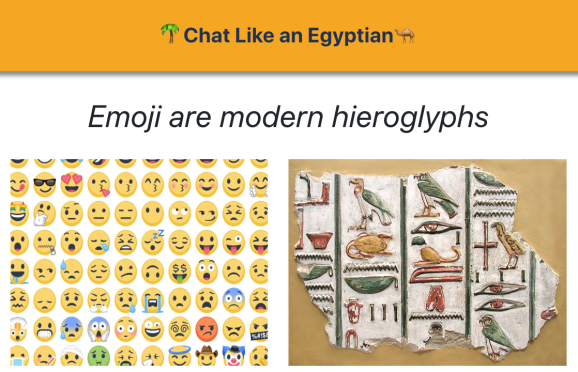 The demo experiment can be found at the website Chat Like an Egyptian. And the Github repository at the following link.

~ the following article is structured as an academic HCI paper ~

Chat Like an Egyptian is a web experiment to investigate the possible adoption of Emoji-based communication instead of a script-based one. Emoji are ubiquitous in messaging and are used as a way of expressing emotion and concepts. We are inspired in this paper by the apparent similarity between emoji and Egyptian hieroglyphs as a sort of a return to a primitive, but perhaps a more effective form of writing. We developed a web application that lets the two users join a chatroom and communicate exclusively through emoji. The results from 14 participants are analyzed from multiple perspectives: effectiveness, fun, and cultural relevance. In conclusion, we discuss how the emoji-based experience fares, possible improvement, and future research.

Emoji are pervasive in today’s modern communication. They break through language barriers, letting an easier and more expressive communication between people. Emoji are pictograms, images that convey their meaning through their pictorial resemblance to a physical object. What other writing system uses images and symbols? Egyptian hieroglyphs, the formal writing system used in Ancient Egypt. While hieroglyphs are logograms, meaning that they can be used to compose words and syllables, they started as proto-hieroglyphs, pictograms, and ideograms. Hieroglyphs considered one of the oldest forms of written language (3200 BC circa), combined the expressiveness and artistic value of images with a writing system. Given the characteristics of emoji, they are able to convey concepts across language barriers. Two people without a common language could communicate simple concepts, like objects, and emotions, like happiness, sadness, etc. 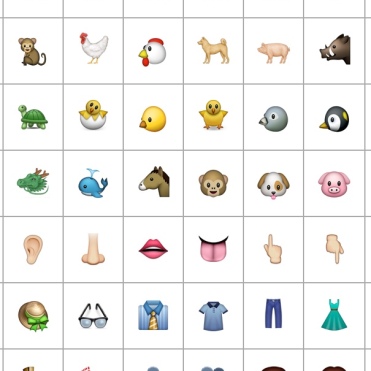 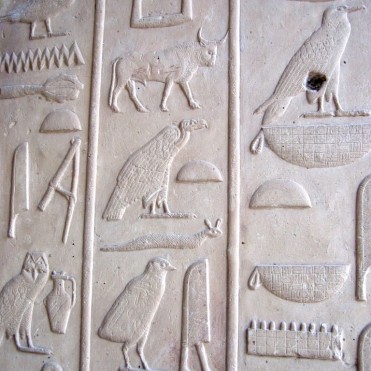 As a visual language emoji has already far eclipsed hieroglyphics, its ancient Egyptian precursor which took centuries to develop.

The research question we pose ourselves in this paper is whether an emoji-based communication, without additional textual information, is effective under different metrics (i.e. comprehension, enjoyment, and cultural relevance) and what is the reaction to the experience. Our main hypothesis is that emoji are a fun and expressive way of communication albeit very limited. We expect that the participant would be able to convey their message, but with a significant amount of uncertainty and lack of specific details. Emoji would furthermore enable a first step in the construction of a universal language, being more immediate and easing significantly the process of vocabulary acquisition.

An amount of research has been done for what concerns the use of emoji in modern communication. Emoji as pictograms can be clustered by similarity and are used to add expressiveness and emotional significance to a text. Not only the added expressiveness can help convey and clarify additional information, but it mediates and transforms the type of communication and communication channel. This reinforces our initial hypothesis but leaves open-ended whether emoji can be used as a complete replacement for standard language scripts. The high-level concepts associated with emoji are shared across multiple individuals, so as to indicate a sort of implicit consensus on their meaning. The problem is miscommunication mainly arises when two different emoji implementation is used across multiple devices. In the previous section, we discussed the possible use of emoji as a sort of universal language. A lot as being written regarding the use of pictograms and ideograms as a conduit to such a purpose, from Leibniz to Bliss. Our main source of information is “The Semiotics of Emoji” where some limitations are highlighted. Amongst others, the most striking limitations are found in their tonal appropriateness and a lack of conventional prosodic elements. These related papers guide us in a certain direction for what concerns the design of the experiment. The same type of emoji must be used across platforms so to reduce the possible degree of miscommunication. Furthermore, the input element must have an easy way to select the emoji depending on their semantic meaning consensus and have similar emoji clustered for easy selection.

The experiment is presented as a web app for ease of access and use. The website is available at the address www.chatlikeanegyptian.com. We introduce the participant with the idea of the experiments and instructions on the usage. The 14 participants are paired with one other and the communication can start. One of the two participants has a specific message assigned before starting, with the goal of communicating it to the recipient in 6 minutes circa. Both participants are going to be limited by communicating only with emojis and cannot speak or communicate in any other way than the chat. For replication and comparison purposes the message assigned is always the same: Come tomorrow at my birthday party. Later in the evening, we’re going to go to the cinema with friends. This message was chosen because it contains time elements, multiple concepts, and subjects. This way our goal is to test a wider variety of possible misunderstanding sources and to give a challenge to the users. 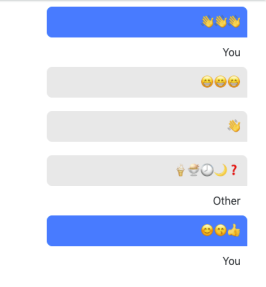 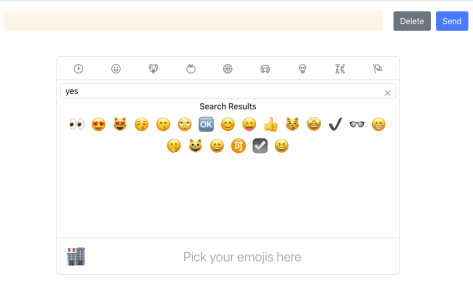 The results of the experiment are evaluated in three ways: A survey, at the end of the conversation the users are asked to fill a survey that prompts the user to reflect on the experience. The apparent message conveyed is noted down from both parties with positive, negatives and possible ways of remedy the limitation of the communication. Interviews are conducted after the reflection of the survey to spur a more dynamic conversation. Notes while observing the interaction are taken during the course of the experience, noting down spurious comments and frictions.

The experience was well-received from the participants. Given the playful and friendly aspect of using emoji, the chat was a good way to break the ice. While it helped if the two participants knew each other, because of a sort of unspoken convention, the majority of the receiver understood the message to various degrees. Usually, only one of the two messages were understood. One feedback that was given is that there was a lack of correction mechanism after having sent the message and that given the novelty of the mode it would have helped reducing misunderstanding.

The reaction to the experience was overwhelmingly positive, with people laughing and having fun with the creativity at their disposal given the high number of emoji. A repeated sentiment expressed that capture an unintended side effect is Misunderstanding can be fun. The way that the conversation evolved was challenging and fun at the same time. The participants rated the experience on the average score of 4/5 but felt limited: 3/5. The main source of limitation were difficulties in finding emoji (see sec. Language barrier and literacy) and the feeling of frustration given the novelty and miscommunication.

The comprehension between each pair of participants was good given no training or guidance from the tester. At least one out of two sentences was usually understood. What was clear through the experience is that while the meaning of the sentences was lost in the process the emotional and expressive part benefited greatly. During the experiment, people were laughing and commenting on their inner thought. This confirms us beyond similar research, in our opinion, that the adoption of emoji enriches the emotional context of the message and reduces misunderstanding.

We confirmed our hypothesis of a decreased barrier of communication through emoji, hinting at a possible vehicle for a universal language. The participants were mostly coming from Western countries and the greater similarity between the languages and cultures may also be of help towards understanding. What we are hinting is the need besides a character understanding also of the need for a unifying grammar. The misunderstanding may be greater across cultures given that users from different countries present significantly different preferences on emoji selection. Something that influenced the experiment was the various degree of emoji between the participants. Some of them did not know many emoji past the more popular one and were therefore restricted in the freedom and choice. For example question marks, exclamation points, precise time-clock emoji and specific objects emoji exist and could have been used to increase clarity, but were not taken into consideration given the individual knowledge.

In conclusion, we confirmed our hypothesis. The participants were able to convey their part of their message with good comprehension, but with a significant degree of uncertainty. In our opinion emoji would enable a first step in the construction of a universal language. Despite the probably necessary need for an underlying common grammar, following, we propose some possible areas of expansion and improvement.

Given the hurdles the participants we would recommend adding the following elements: Pronouns, no user could find a way of expressing the concepts pertaining pronouns; Relative time, following a similar comment to the first, it would help in communication to have characters meaning: today, yesterday, tomorrow, previous week, next week, etc; Specific events/concepts, continuing the expansion of emoji character could help in reducing miscommunication.

A new version of the experiment would provide a richer and more flexible experience by adding support for spacing and punctuation. We are confident about the evolution of messaging platforms towards a more expressive, richer and precise state. The adoption of stickers and GIFs in addition to emoji in messaging applications, for example, can be seen as an extension of the language in itself and could be considered as a possible source of experimentation in the future.